The scope of the project was to provide access to all the elevations for a full overhaul of the windows and communal arears of a very iconic listed building on Tottenham Court Road. We were also tasked with providing a series of lifting aids such as beam hoist & goods hoist in various locations around the project.

At a later stage in the project, the client revised the scope and decided that the large 1st floor terrace area was now to be turned into a tropical garden open space for the commercial offices and residents to enjoy. This in turn required us to erect a large temporary roof built in phases to allow the old roof to be renewed.

The challenges we faced

Logistically we did face quite a few challenges due to a live hospital being situated behind Maple House. In order to overcome this hurdle, it required good planning with the logistics team on-site which allowed us to overcome any issues that could have potentially arisen.

Additionally, due to many of the floors of the building remaining occupied during the project, we had to again liaise with the site team in order to minimise disruption.

Interesting facts about the project

It’s location is iconic as it is positioned in the heart of London’s West End and historically a market street, it became known for selling electronics and white goods in the 20th century.

The street takes its name from The Manor (Estate) of Court, Tottenham Court whose lands lay toward the North and West of the road.

The project has been an over whelming success for us and the client, as good solid relationships were built, and future projects are being surveyed. At Masons scaffolding we pride our self on repeat work with our clients. 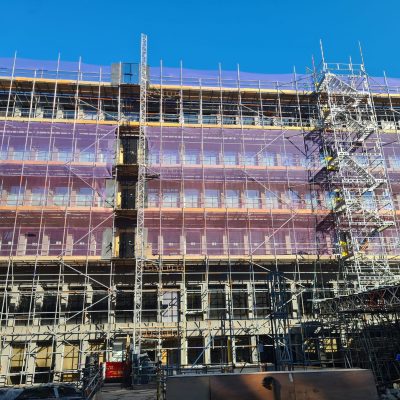 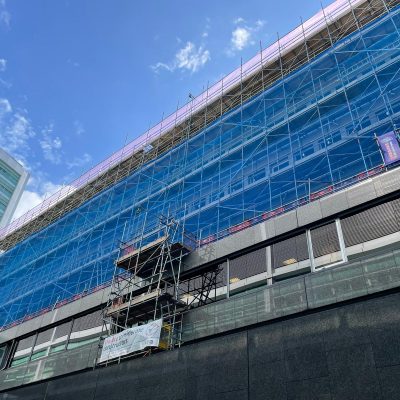 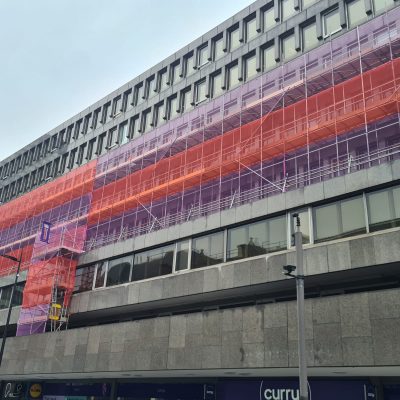