The client had designs issued to show access to a series of three tiered roofs on this school, so that the roof could be placed on a progressive basis. To avoid loads to each of the roof, a complex series of modular beams were required to be bolted into existing steels to support an independent scaffold accessing the eaves of each roof.

The challenges we faced

Firstly the school was live and we had to negotiate our works and deliveries around the children’s arrival, breaks and going home times. Panels had to be removed to the steels and utilising bespoke plates and tech screws we were able to fix the beams to the steels, though it took us a while to work out how to stop the screws breaking! Although we did find that many of the steels were not in situ and this required expertise and design input to overcome.

Interesting facts about the project

Much to the pupils delight Stormzy opened the new sports hall.

The project is still ongoing though we are now in the final stages and starting the dismantle to what we are sure is going to be a very successful project, especially as this is the first time we have worked in a school outside of holiday periods. 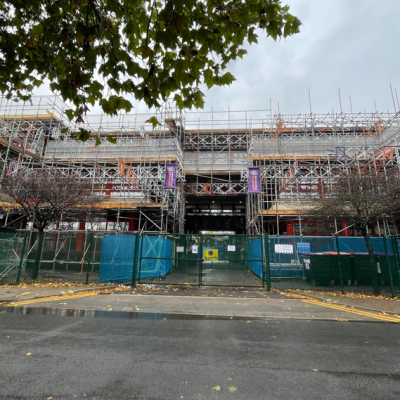 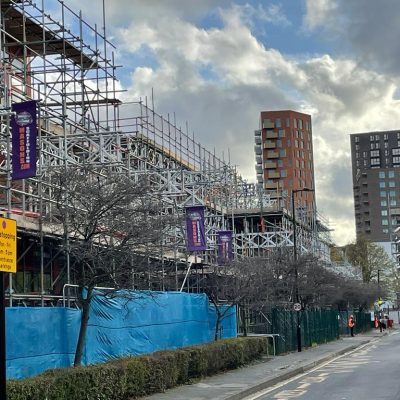 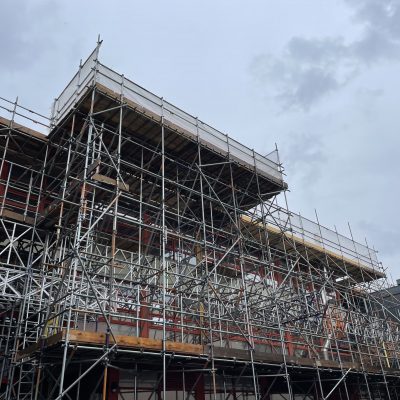 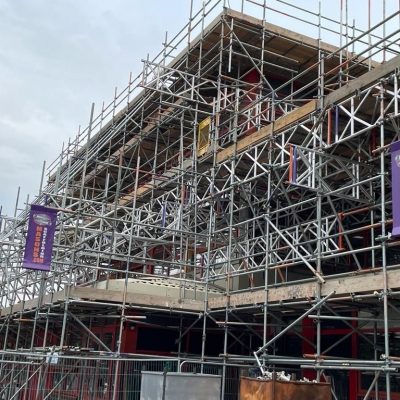 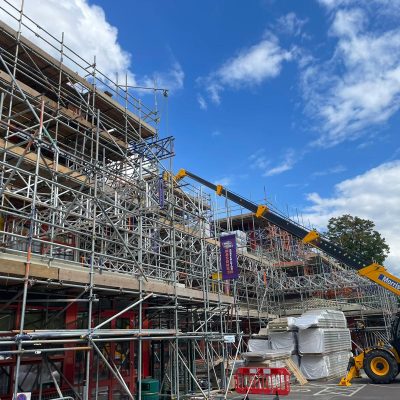