To provide full scaffolding works for the scheme including large scale demolition as well as a major architectural new-build extension over seven of the above-ground floors. This included scaffolding built over an operational loading bay, a birdcage in the building’s main reception, and a heavy-duty gantry constructed at the front of the building.

In 2019, CBRE began the major redesign and refurbishment of its head office, Henrietta House on Wimpole Street in London’s West End. Masons Scaffolding was contracted by Faithdean to provide full scaffolding works for the scheme.

As well as the considerable challenges which come with working in Central London, the building was still being used by major retailers and office workers. A crane was required to move the scaffolding across restricted areas and a birdcage was constructed in reception, which was a live area, with workers passing through morning and evening.

“We’ve worked with Masons on various jobs, one of the most recent involved full scaffolding for a building and a temporary roof. The way the team worked with us and others involved in the project shed new light on an industry that is so often considered to be rogue. Masons worked with great efficiency and professionalism; their ‘can do’ attitude meant they weren’t phased by any of the challenges involved in what wasn’t a simple job. I would confidently recommend the Masons Scaffolding team to anyone, we are already looking to working with them on the next project” 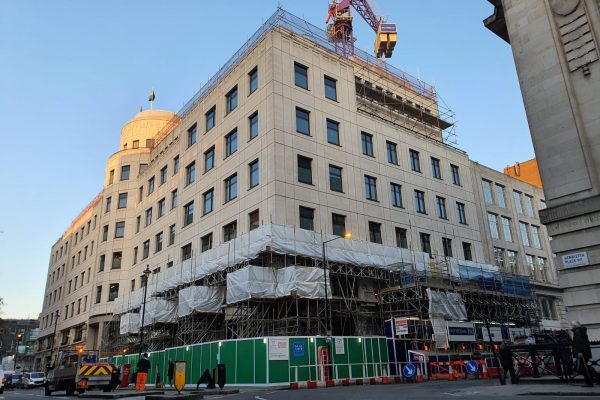 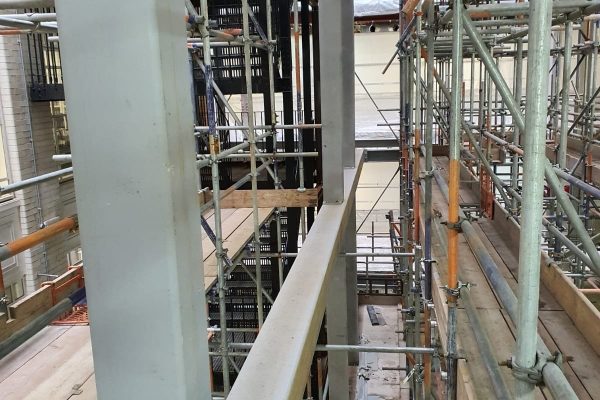 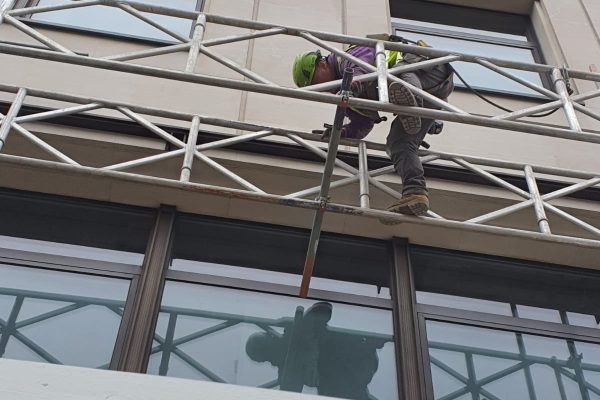 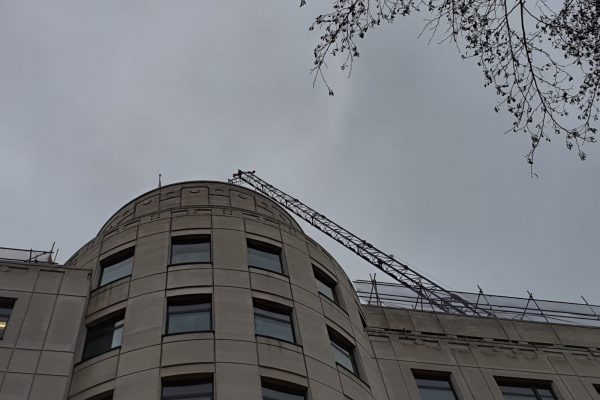 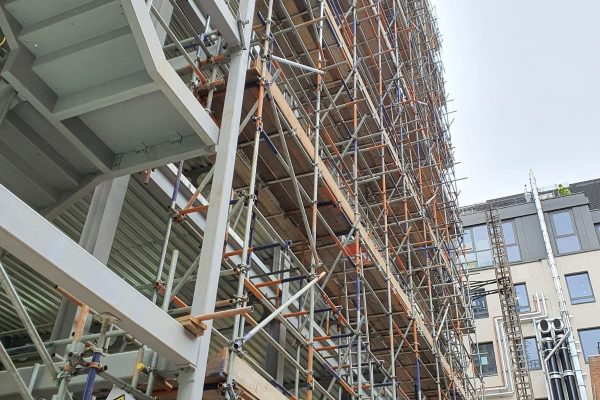 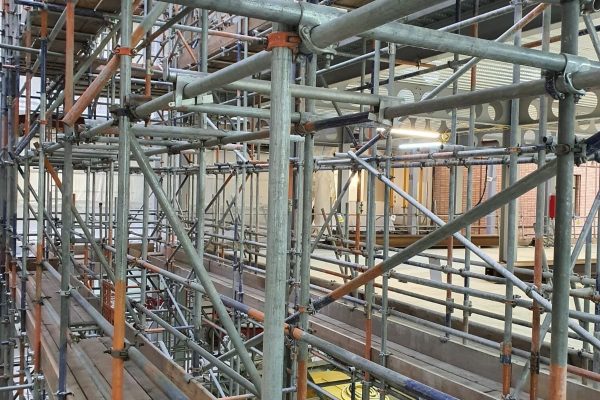 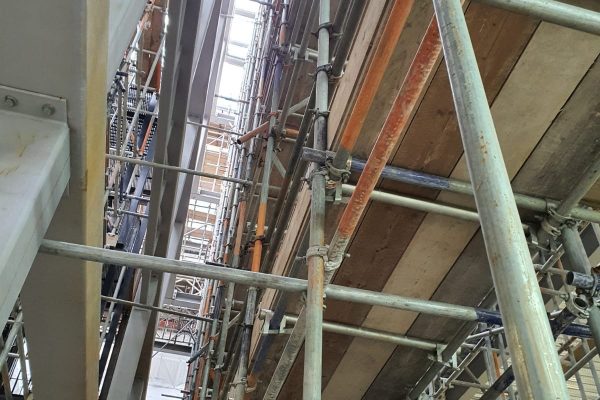 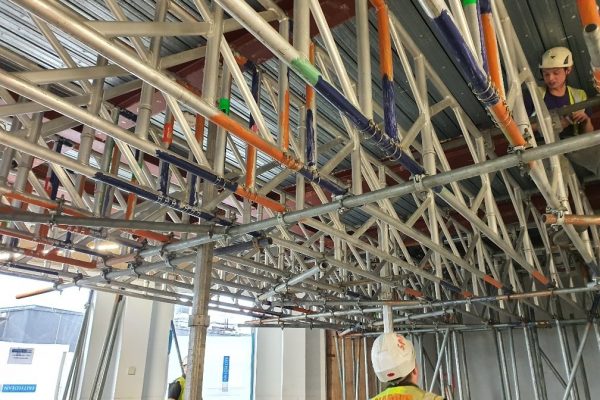 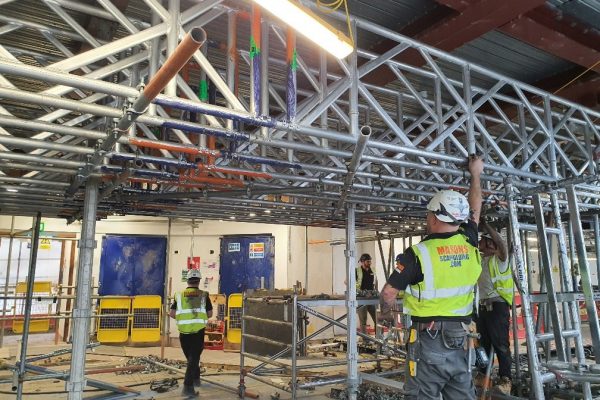 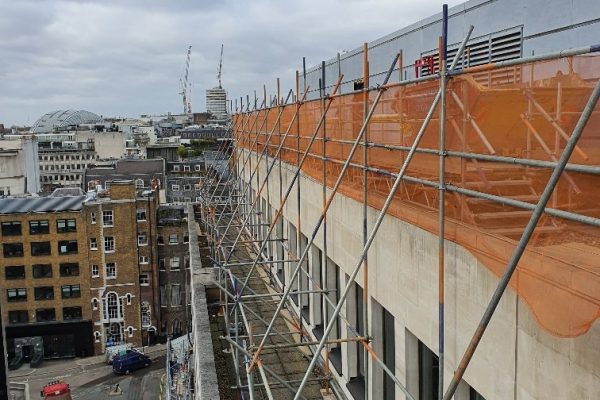 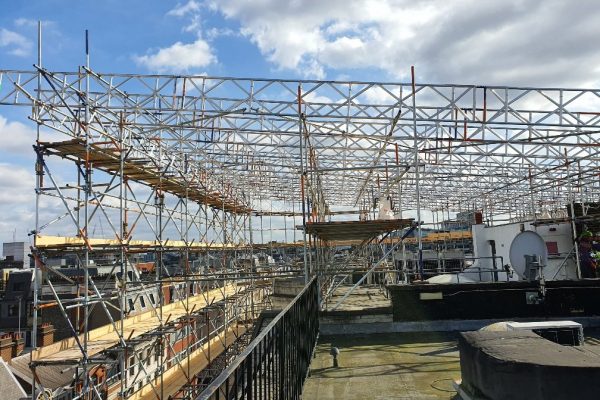 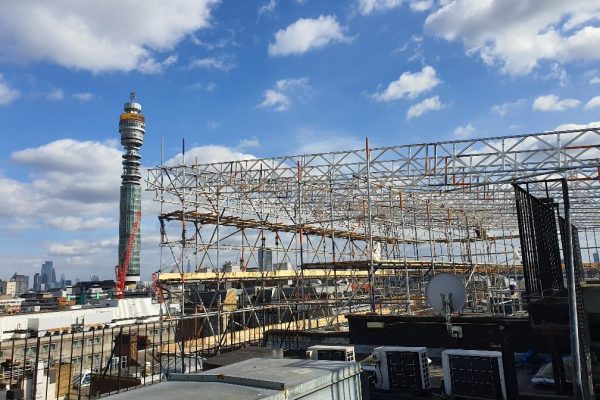 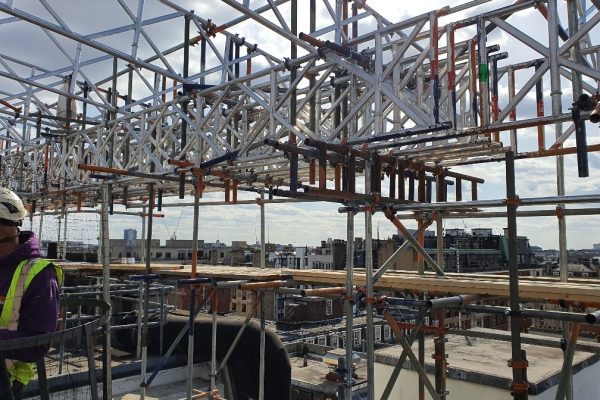 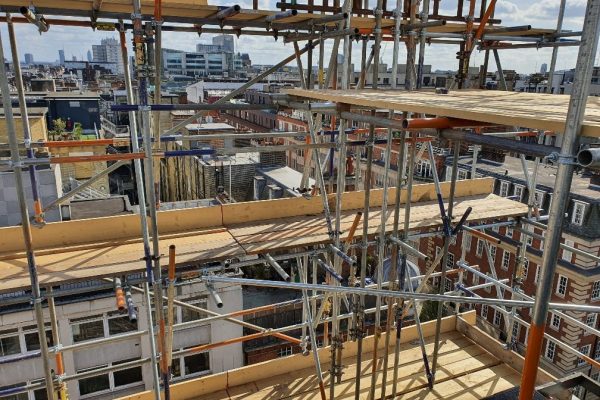 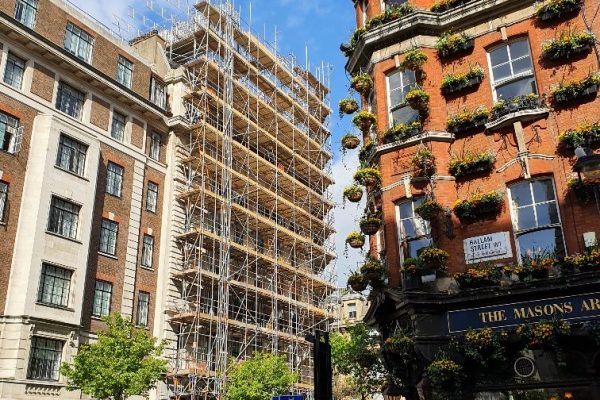 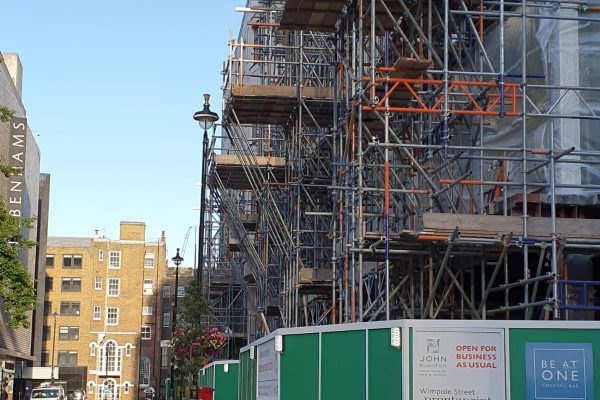 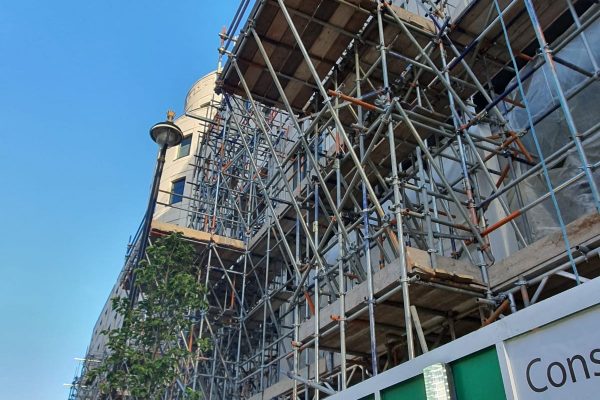 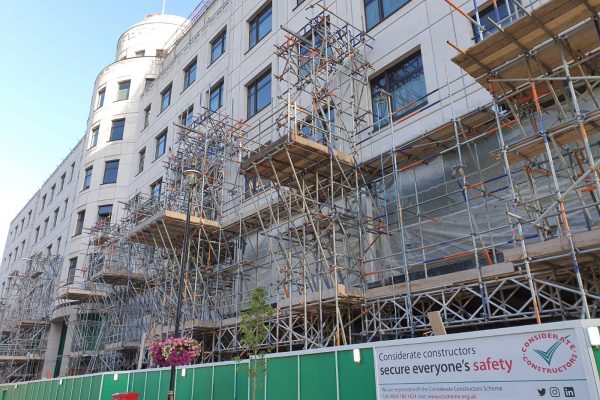 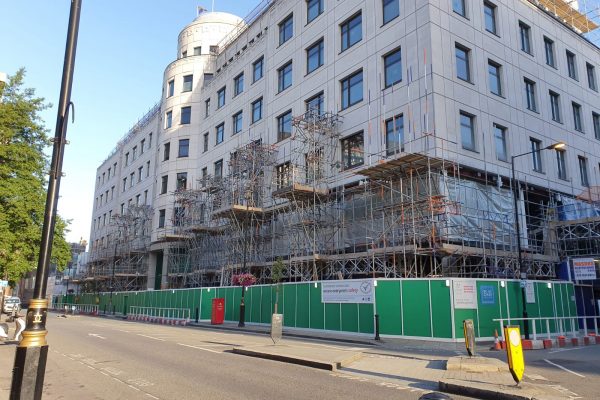 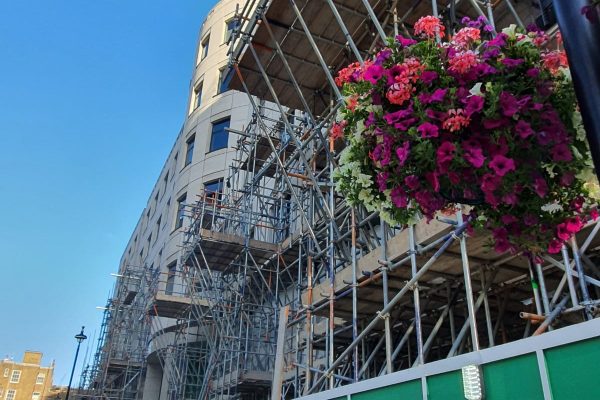 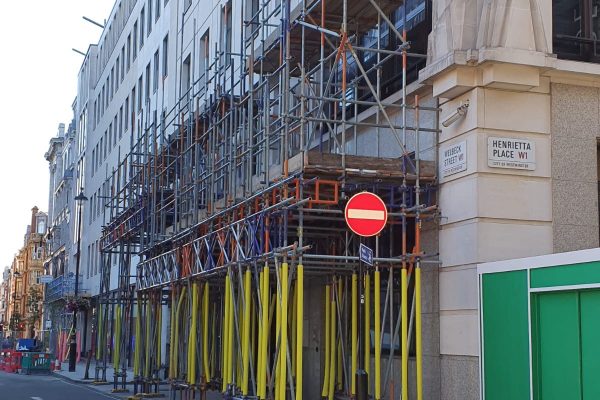 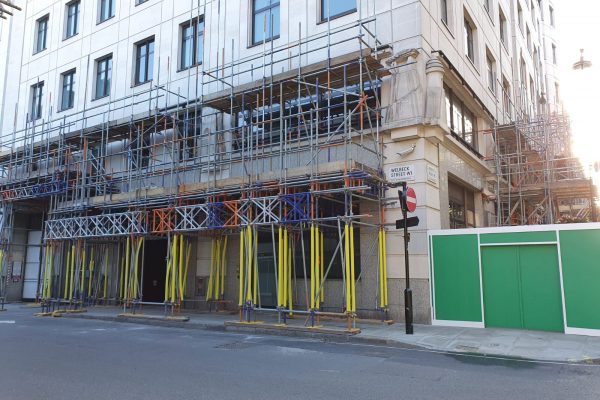 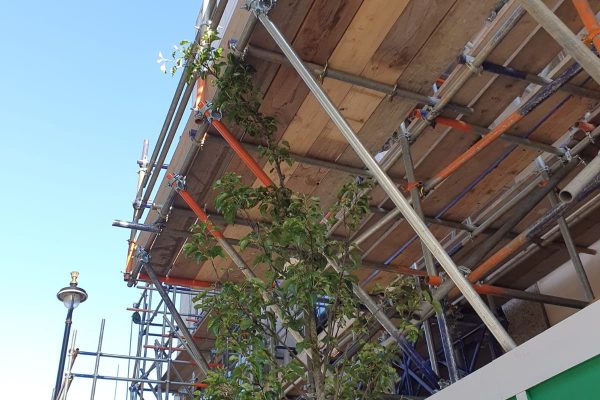 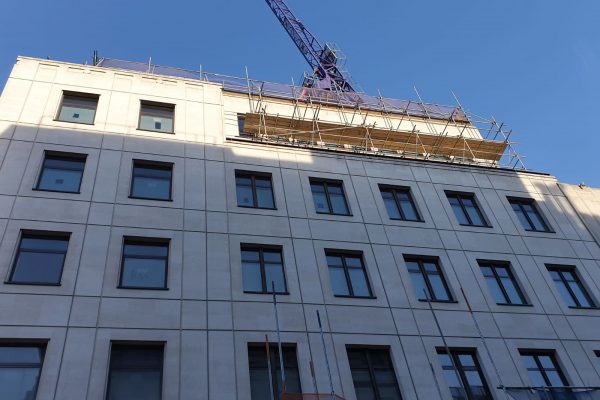 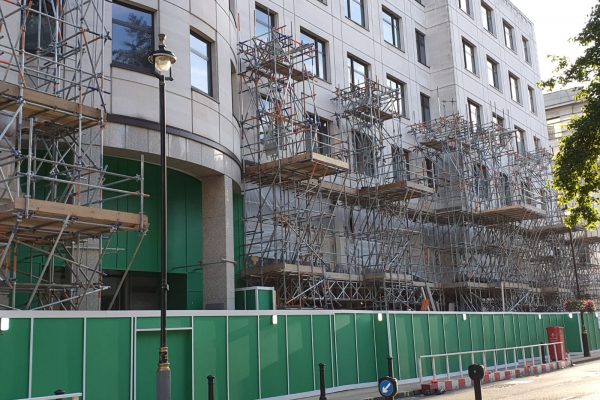 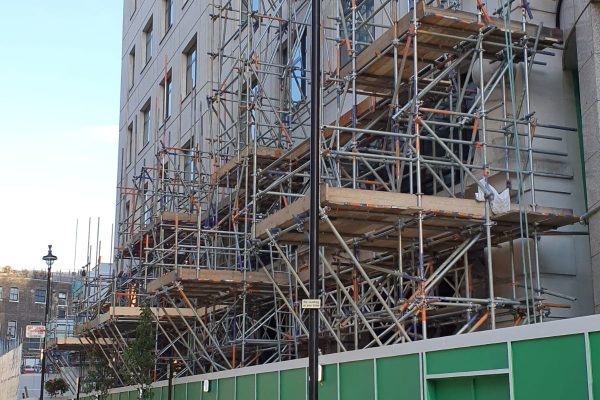 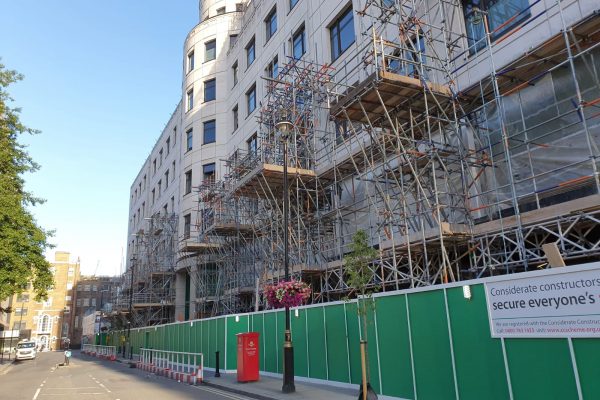